The tradition and zen 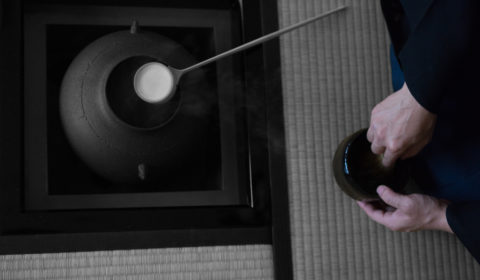 Approximately 430 years ago, a magnificent and holy tea master Rikyu Sen had appeared on Japanese history, and he standardized the sense of values of Japanese tea ceremony totally (he is still very famous person as a only one person who is named on history text book in civil war era of Japan).

We still can find his philosophy strongly effected with Zen thought in his style of tea ceremony.  Unfortunately, as era goes by, tea ceremony had been losing its substance and become a form and style of making matcha, but tea ceremony is not only culture that is losing its population and ancient essence in this ‘losing faith and substance’ era.

I have determined to resurrect the Zen idea inside of tea ceremony because of such an era.  I provide you the real and most traditional Zen matcha with my Zen tea forms and manners as anyone can reenact.

Generally, the word of ‘matcha’ means the green tea with foam.  It is, actually, we call it ‘usu-cha’ (means thin tea) in tea ceremony world.  On the other hand, we have another matcha called ‘koi-cha’ (means thick tea), which is only provided to students of the way of tea (tea ceremony) usually.  The reason why it is only provided to the students is the difficulty of making koi-cha and its thickness. 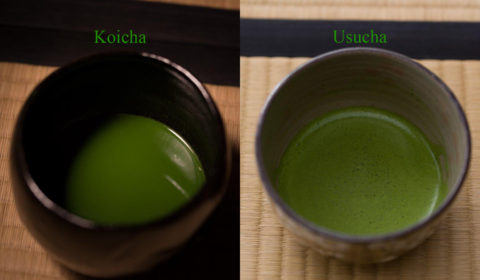 Most tea ceremony teachers thinks that koi-cha is difficult to understand to the general persons, but on my opinion, they do not have inquiry mind to making koi-cha but only temae (the process manners of making matcha).  Maybe I am the only one who have explored that, and it is still progressing.

Usu-cha is also difficult to make it.  Many people think that is easy to touch it because it is verypopular, but no one knows how to draw out the taste of usu-cha.  In another words, it is impossible if he/ she cannot draw out the taste of koi-cha.  For instance, people think that tea dissolves in to hot water, but it is wrong answer for me.  I say tea absorbs hot water.

Making matcha is very easy to touch for everyone, but it is quite difficult to master it.  The reason why I call tea ceremony as ‘the way of tea’.

You will experience usu-cha and koi-cha either in my tea ceremony in every course. 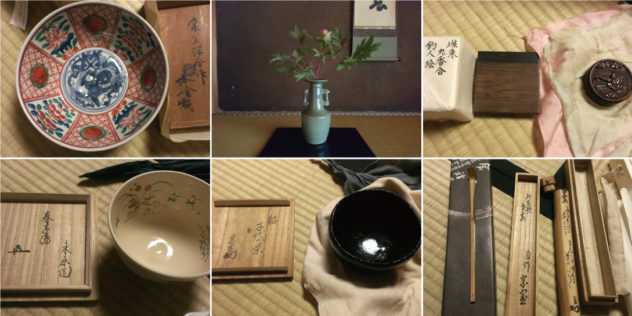 Parts of antique tea wars I have

I have many antique tea wares, and it is very difficult to choose them into one tea ceremony.  Not only its beauty, we either have to think the season, the class of tea ware, the elegance of tea ware, and so on.  It takes one week to choose them at least, even it have taken over 1 month.  The plan of hospitality is the basic idea of choice, so I always start the choice from the concept of a tea ceremony.

The record of a tea ceremony. It is always written by calligraphy.

The idea often comes from Zen thoughts or the season, and it is shown on the scroll of calligraphy.  Based on its idea, I choose tea wares by the name or design of them.  Antique tea wares often named by Iemoto (the head of each tea ceremony schools), and it becomes the hint of my choice.  The names of them are always written on each wooden box with beautiful calligraphy.

You can choose how many antiques you wish to be used from the courses shown below. 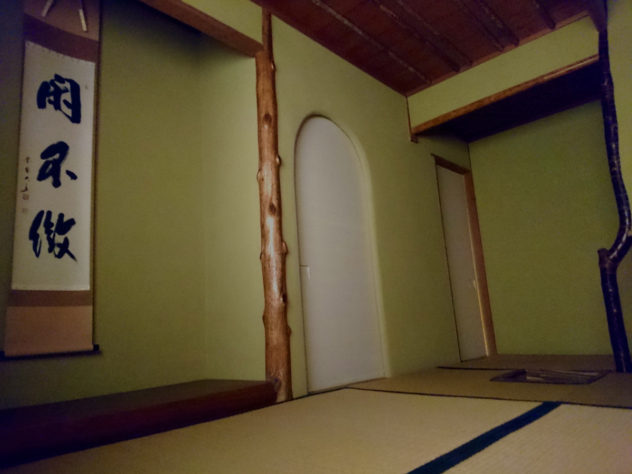 If you wish to hold in Kyoto, there is very beautiful tea room in Sanari Konoeden.  But not recommended in summer season, because most of tea houses in Kyoto don’t have air conditioner in their tea room.