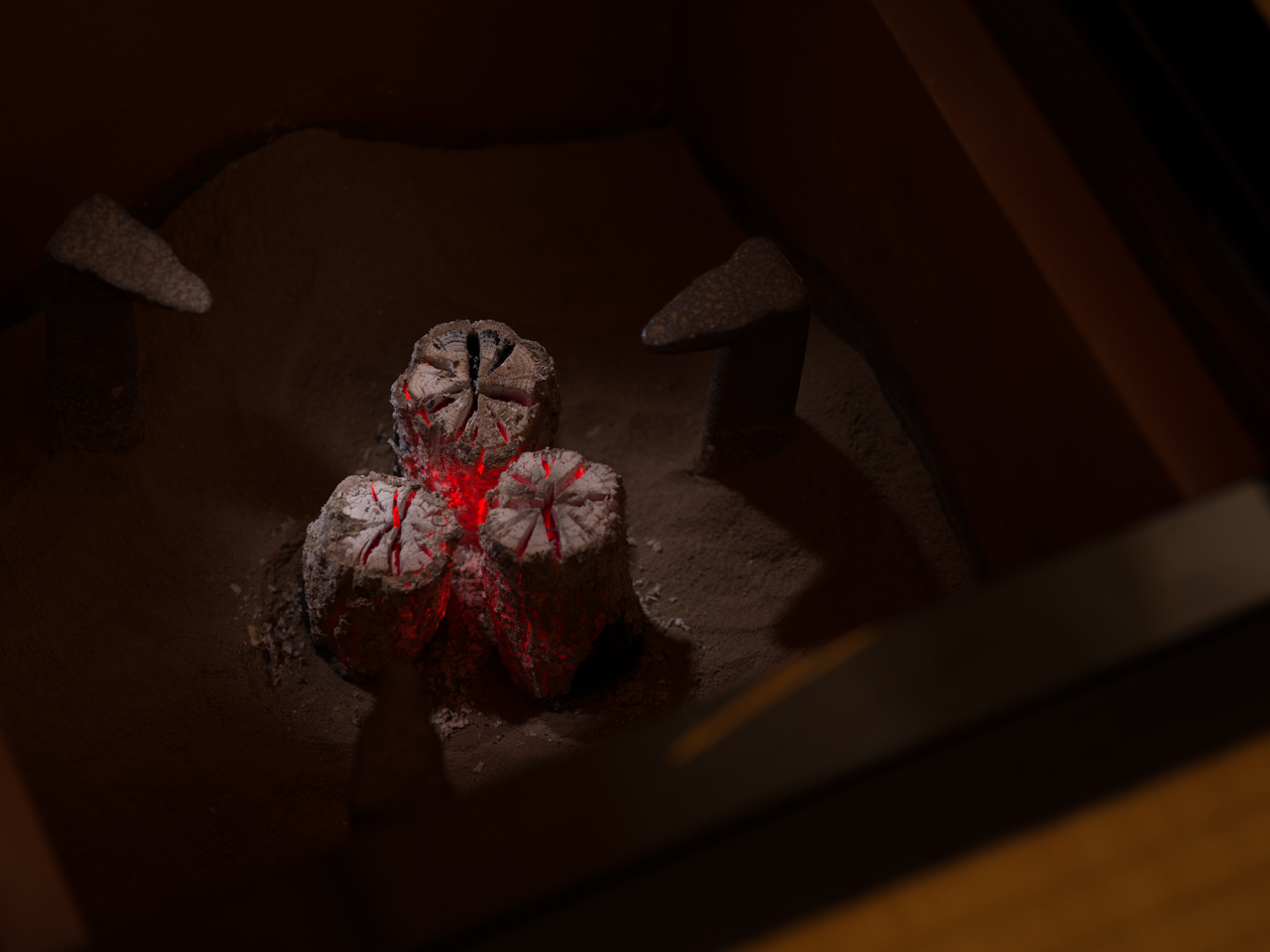 The beginning of history of tea in Japan

The first record of tea in Japan is on 815 A.C.  At those times, most tea was imported from Tang dynasty (old China) to Japan, some was planted in Japan, and Buddhism monks offered the tea for the Japanese emperor are recorded.  The tea style was boiled tea; yet, matcha (green powdered tea) was not invented at that time.

It was being said that matcha was introduced to Japan in 1191 A.C. first.  Eisai (zen priest, 1141-1215) have brought matcha and the manners of matcha as one of the training of zen.  Eisai succeed to grow young tea plants in Togano-o (a part of Kyoto), this is suited to the beginning of Japanese matcha and cha-no-yu (tea ceremony) history.

Matcha used to be a part of training of zen and luxuriant hobby of nobles.  The game called Toucha (tea tasting contest) which was popular in Tang dynasty had become a mainstream among Bushi (samurai).  At that time, tea tools that imported from Tang which was called Kara-mono (唐物) were popular in Japanese cha-no-yu, and the style of 侘茶(wabi-cha: tea with beauty of poverty) which is the most popular in the modern period was not born yet.

The innovation of tea manners

In 15th century, Jukoh Murata (1422-1501) has created new value of matcha.  Since then, the mainstream was luxurious and gorgeous, and most of the participants were Shogun or rich Daimyos.  Jukoh suggested mental exchange should be the major core of a tea ceremony, because matcha was basically imported for the training of Zen.
His aesthetic is expressed with the words of “Tsuki mo kumo-ma no naki ha iya nite souroh; I prefer the clouded moon to perfect moon”.  As there is no absolute perfect person in the world, Jukoh has removed the perfection of luxurious from tea tools.

This picture is reprinted from
https://en.wikipedia.org/wiki/Jean-Fran%C3%A7ois_Millet

In the middle of 16th century, Jouoh Takeno (1502-1555) explained this sense of value in a word of “Wabi-cha (poverty tea style). ”Wabi-cha” has been explained by a Japanese poem; “見わたせば 花も紅葉も なかりけり 浦の苫屋の 秋の夕暮れ (Miwataseba hanamo momijimo nakari keri, Ura no tomaya no aki no yuugure; Happened to look around, there were no flowers or beautiful leaves”).  There was only a simple wooden house situating on the seashore in autumn evening.  The idea is easily being understood by Jean-François Millet’s “The Angelus”.

The perfect tea style by Rikyu

The later of 16th century, Rikyu Sen (1501-1591), the holy master of tea, have accomplished the style of Wabi-cha.  The basis and the general rule of Chaji were also produced by Rikyu.  They have been spread by then Shoguns such as Nobunaga Oda and Hideyoshi Toyotomi, and these bases had become the foundation of cha-no-yu of all Japan.

Rikyu had produced Kaiseki cuisine and kinds of Temae which included Zen spirit and ideas.  He also produced many kinds of tea which portray of Zen spirit.  Later on, Rikyu’s wabi-cha became the most popular style of the tea ceremony instead of luxury style.  This was being called the Renaissance of Japan.

Over 400 years passed, Rikyu’swabi-cha foundation has not changed at all.  This foundation is too perfect to be changed or innovated.  Rikyu’s noble spirit of Zen and ideology that removed unnecessary elements completely have effected to today’s Japan, and either affected to design of iPhone or iPod.

Moreover, the standard of Japanese beauty has changed into asymmetry from symmetry.  Wabi, sense of the perfection of imperfect beauty, is seen on traditional buildings or everyday tools in Japan, and they tell us how Rikyu’s idea strongly effect is untill today.

In the lesson of way of tea, we do not take notes or record any Temae processes or manners at all, because we believe the spirituality are the most important in the way of tea.  Some are actually being published, but they are for beginners.

This is the attraction of the way of tea, and it causes to feel of historical and traditionally.  If take notes or recording is allowed, the way of tea will eventually disappeared by the aweakening of spirituality.  Oral instruction preserves the most value of the way of tea, because we have to understand it and remember what the teacher has taught by our own.

Tea ceremony: the scene of practice of Zen for participants by host

The masters of the practice of tea, including us, are highly trained with Zen spirit and the manners of tea ceremony.  The practice of tea is not only a training of Zen, but also the place for us to practice our Zen spirit.  Only through the spirit of Zen, we can make the best tea ever.